I was looking through pictures and realized there are SO many I haven't posted... so here are a bunch of them!!! 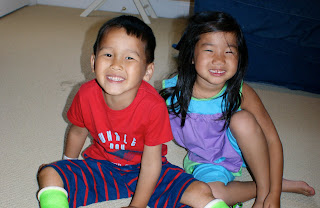 The two 5 year olds in our house... they are almost the exact same size now!! 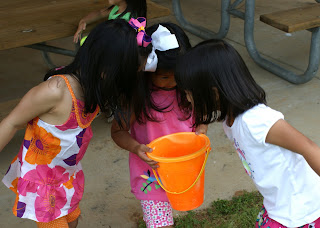 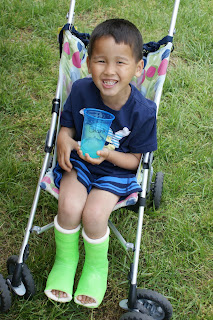 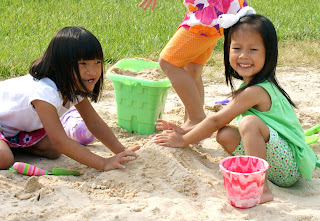 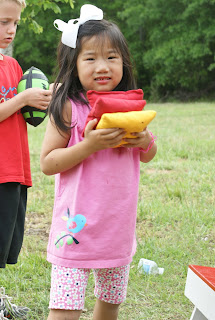 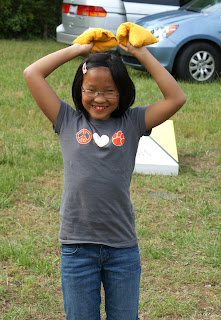 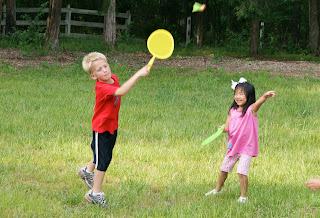 Back in May, a bunch of friends who have adopted and live in the area met for a picnic at the park. It was a fun day for everyone! Nothing like a day at the park with all of their friends! I think we'd all agree to say that the community of adoptive families here is absolutely amazing and something we are so very thankful for! 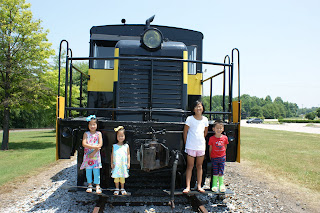 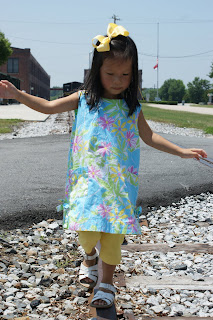 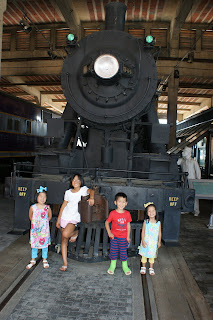 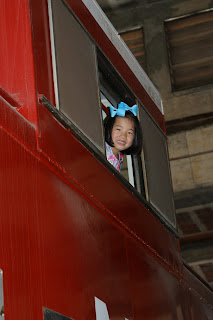 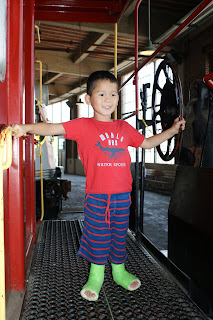 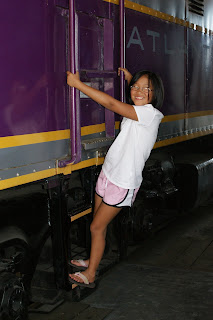 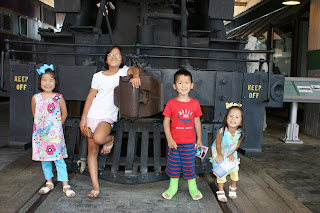 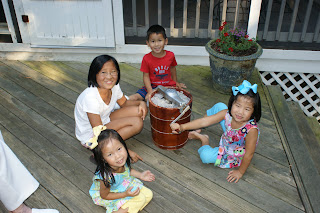 On Memorial Day, Grandma and Dad took the kids to the train museum. The train museum is a favorite activity and they had so much fun!!! There was homemade ice cream, of course, to top the day off! 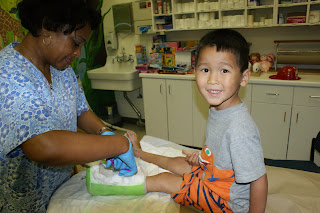 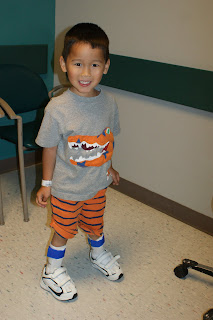 At the end of May, Charlie finally got his casts off!!!!! That was an exciting day, although I have to say that he was becoming pretty amazing with his casts and was even walking around in them. The leg braces are much better/easier though and it was good to finally start giving him real baths! He has been such a trooper with his feet and they look great! 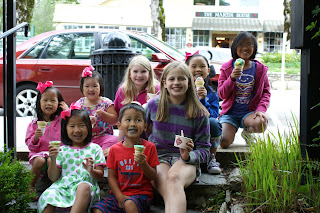 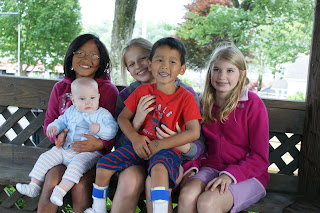 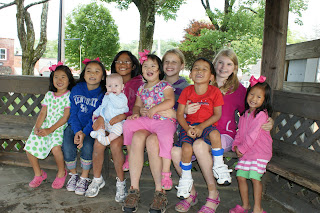 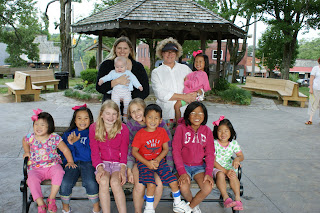 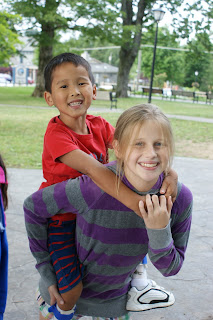 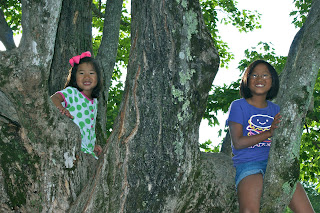 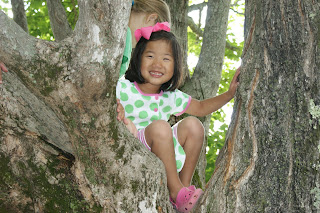 While I was in Orlando, Mom, Dad, and the kids drove up to Blowing Rock to visit some very dear friends who were there for the week. We traveled to China together when we adopted AnnaClaire and they adopted their sweet Claire and we hadn't seen them since our last reunion that was a year and a half ago! They've now added Lily, who we met last year in Chongqing!! and their sweet baby Jack! I was SO sad to miss out, but Mom and Dad said they had such a fun day playing in Blowing Rock and eating Kilwins ice cream-- our favorite! I know I say this all the time, but there is just nothing like the miracle of adoption. We went into it never knowing the lifelong friends we would have as a result. These families are like relatives to us and time spent with them is always so very special. 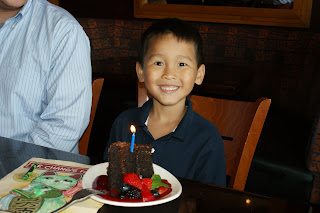 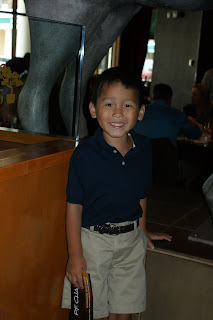 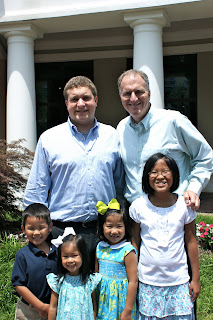 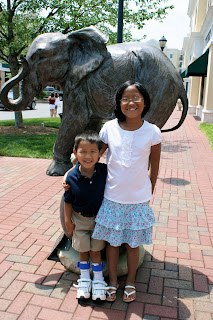 And finally, here are some pictures from the gotcha/father's day celebration! I was sad to miss this, too, as I was in Orlando. Lunch was at PF Chang's of course! It worked out perfectly because the Sunday was right in between Charlie's day and Gracie's day! It's hard to believe they've been home for a year already!

CONGRATS on the kids' Gotcha Anniversaries. I LOVE the new look of your blog. I am SO happy to hear of your new adoption. She is ADORABLE!! Makes me want to look at some Waiting Children. I should look at Madison's website.

These kids are nothing short of GORGEOUS!!!! Gracie is such a peanut! I can't beleive she is 11! and she is so tan now, my daughter gets 4 shades darker each summer too. He little tiny hinie is white!! AC is just as precious as ever, love her little doll face and she looks tall! Charlie is just amazing, looks like he was a total rock star with his castings and all! Kate, still a peanut too, looks like she has become a big girl over night! I think she must be getting ready for the baby! And the baby!!!! Oh my gosh she is so darn sweet!!! Have fun in college Miss Emily, dont forget to pop in and say hi once in a while. We will all miss you and I'm sure mom will be so busy with the littles!! Much love, Mary