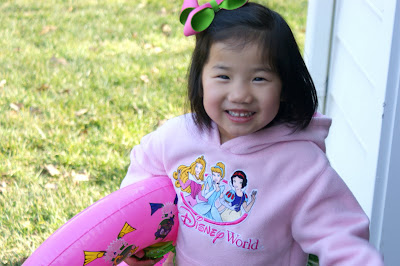 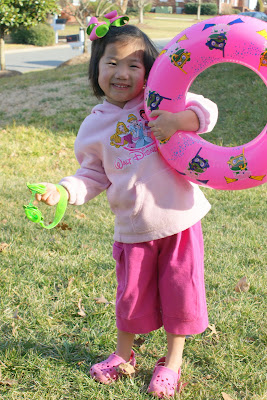 AnnaClaire has always been a Daddy's girl... even more so on Sunday, when he took her swimming at the (indoor) pool! I'm pretty sure she was thinking he was the greatest person in the world when he promised to wake her up a little early from her nap and take her swimming. Have I ever mentioned that this girl LOVES to swim?!

Speaking of swimming, we had our state swim meet yesterday, which went well. Our girls did decent, but our guys were THREE points away from winning the state championship. If they had won, it would've been the 4th year in a row! Pretty amazing, especially since there were 9 guys on our state team!

I'm doing well... I didn't have school ALL last week, which was nice, other than the fact that we had planned on being in Ha*iti, as I have mentioned. It was a nice break from school though, and I was able to go skiing for the first time ever!!! 2 teachers took a group of 11 students. We had SO much fun. Now I'm just ready to go to China. BEYOND ready, actually. 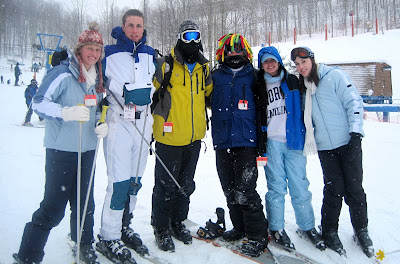