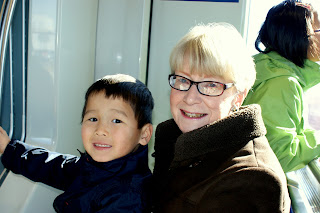 Charlie and Grandma on the train! 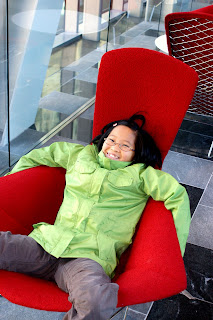 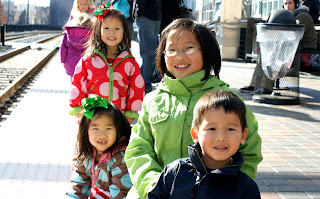 All four kiddos waiting for the train! 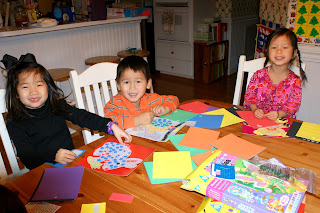 The kids got these cute mosaic crafts for Christmas and had a blast working on them! 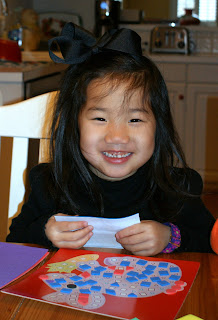 AnnaClaire did a bunny, of course 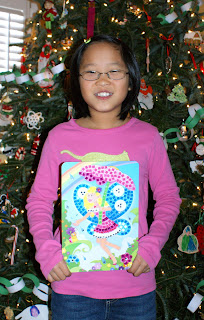 Gracie made a fairy 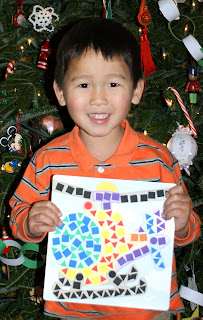 Charlie made an airplane 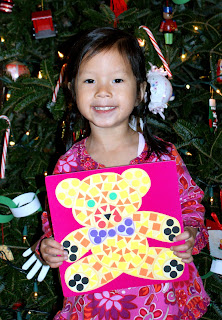 and Kate made a teddy bear! 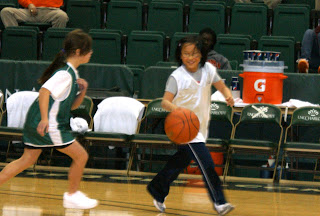 On Sunday, the guys took Gracie to a nearby college for a women's basketball game! 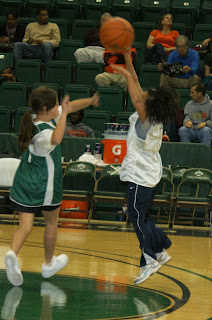 Gracie's team played a scrimmage at halftime of the game... 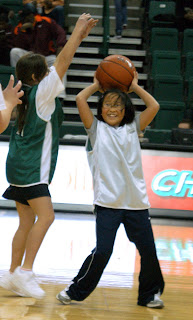 She did great and had a lot of fun! The actual game was exciting, too, with a win on game ending 3 point shot. 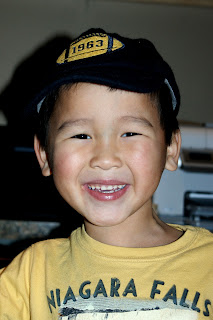 Charlie is sporting a new hat that he loves! He's pretty cute in hats :) 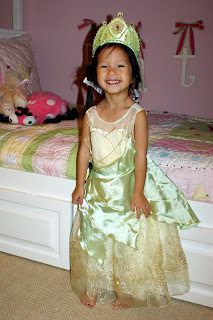 And then there's our princess Kate who is rarely seen around the house without her princess outfit on. Oh, my beautiful girl!
Posted by Emily at 4:56 PM

Ooh I like that Mosaic set. What and where can I get one?

They are found in the "better" toy stores in the craft kit area. I've also seen the ones the littles did at Lakeshore Learning. The ones that the 3 littles did come in a set of 5 to a package for $9.95. You can choose from "Pretty Things", "Vehicles" or "Pets." They are for ages 3+. They are very easy for preschoolers to do. Grace's kit is for ages 4+, but she still really enjoyed doing hers, and the pieces are quite a bit smaller than the other kits. There are many different kits to choose from in the 4+ category. The preschool kits just require the kids to match colors and shapes, the 4+ kits give each color a different number and you've got to match the colors with the numbers.(similar to a paint by number)

This was our first time buying/ using these kits and I highly recommend them.

Love the pics!! The kids are so cute! Grace's hair is growing!!

We did the mosiacs too! Our 2 new ones worked on the easier ones, they had a hard time keeping focused. Sarah did 2 of the harder ones and Anna did 2 also. I am thinking the attention span will increase with time- at least that is how it was with Sarah.

It's so good to see how well your kids are doing! Adorable as always, and does Grace ever stop smiling?! What a doll.
Blessings to your family!

What fun pics of your littles!

Grandma has a cute haircut!

Thanks so much. Im gonna go on lakeshore right now. I have a 2yr old, 4yr old and 7 yr old so I think this would be great.