A story to tell Charlie one day... 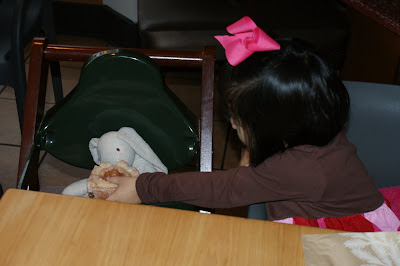 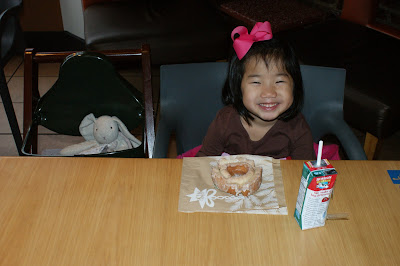 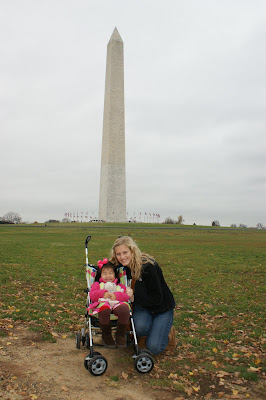 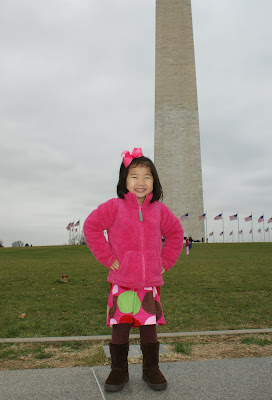 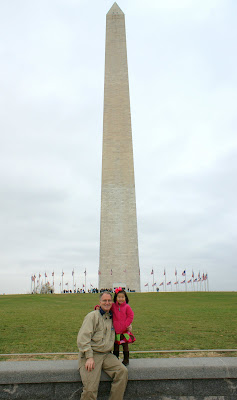 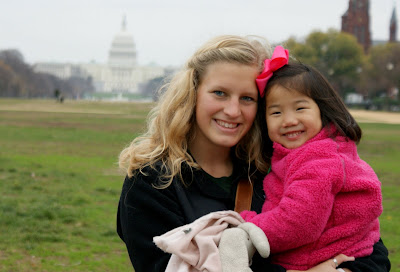 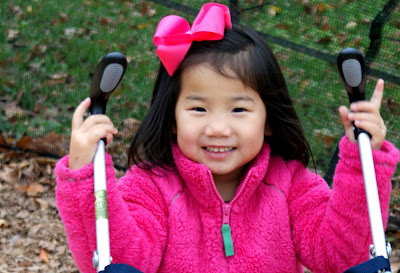 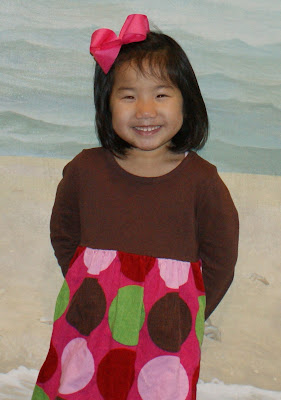 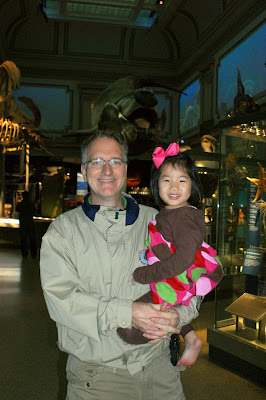 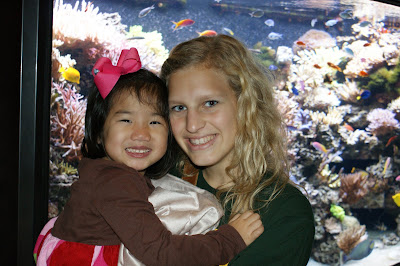 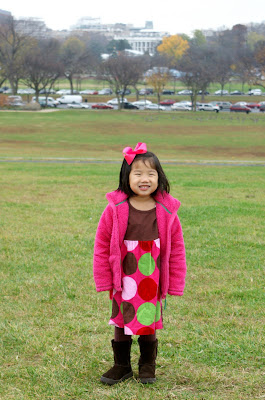 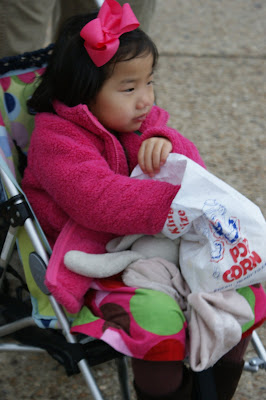 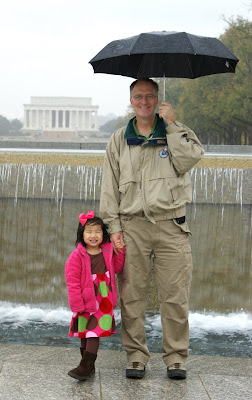 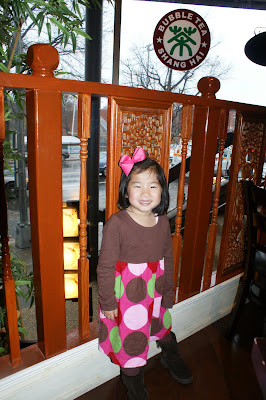 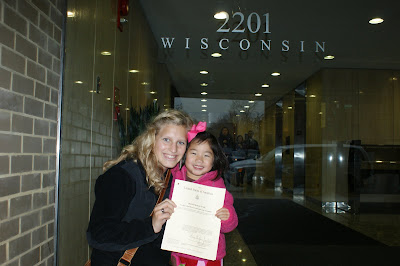 We had so much fun on our little trip to DC! We were all glad we went, even though it was a short trip and we got home very early Tuesday morning after driving most of the night. Our little trip was definitely a testament of LOVE to our sweet guy... I don't know how many people would drive to DC on Thursday and again on Monday.. when it's a 7 hour drive! But that's how much his daddy loves him :) For once, we weren't waiting on a painfully slow homestudy process, a very rude fingerprinting lady, who could've cost us 2 weeks in the process, and a host of other things... finally things were waiting for us, and we wanted to do everything possible to move things along.

We left after Church on Sunday and it only took us about 6 hours to get to our aunt and uncle's house. Also, two of our cousins had just come home from college that afternoon, so we got to see them for the first time in over two years! That was fun :) My aunt made a delicious meal and it was just fun being with them!

We got up bright and early and drove about 40 or so minutes to Washington DC. We were VERY thankful to have brought Booie, as we qualified for the HOV lane and made it very quickly! We started at the Dept. of State office to get the form that was wrong redone. We were the first people there and it only took a few seconds to get done. Then it was off to the Chinese Em*bassy, which wasn't open yet, so we had some donuts and coffee/peppermint mocha/milk at Star*bucks! AC was so cute as she wanted to bring her Bunny and she wheeled it around in a high chair and shared her donut :)

As it got closer to 9, we left for the the short walk to the Embass*y and were some of the first few people there. While we waited for them to start calling names, AnnaClaire drew some pictures of our family and did some "baby Charlie paperwork!" She's so into it all... I'm glad she was able to witness firsthand all of the paperwork, as we went through this same process with her! After we dropped the form off, we headed to the Washing*ton Mon*ument to get tickets. We were able to get them for 12:30, so until then, we walked around... saw the W*W*2 Mem*orial, the Cap*ital, the Whi*te Hou*se (AC was excited to see the big house where "Ba- wock O*bama" lives!) We also went to one of the museums for a bit and saw some fish that looked like Ne*mo and Do*ri, which AnnaClaire loved seeing! We then got some popcorn and headed back to the Washin*ton Monu*ment. We had a lot of fun and it was fun to see... I'd never been to the top! AnnaClaire went on and on about going to the "big tower with the little windows and the red lights." It was pretty cloudly, but we could still see stuff, which was fun.

After some time in the Monu*ment, we headed back to the Chine*se Em*bassy. I stayed in the car with AC, who was sleeping, while Dad checked. 20 minutes later, he came back and it still wasn't done. This was after 1. We had dropped it off RIGHT at 9:30. Crazy. So, we walked in the pooring rain to a little Chin*ese restaurant down the road... perfect place to eat:) It was delicious.

As we were eating, AC told us that she wanted her Bunny... we told her it was in the car (we thought it was!) She started crying and we assured her it was waiting for her in the car. Wellll. On the walk back (in the pouring rain, might I add!), I was holding AC when all of a sudden, she says, "SISSY! Look, it's my bunny!" I told her it was in the car waiting for her... she repeated herself, so I looked down and sure enough, there was her bunny. It was dirty and SOAKING wet and looked more like a dish rag than a precious lovie, but it was there and that's the main thing. It had probably been out there for 45 minutes... we were so glad it was still there! You might just think it's a bunny... but you see, AnnaClaire cannot sleep without it. She brings it EVERYWHERE (we normally don't let her take it out of the car though.) I honestly don't know what we'd do without it. And it may seem silly and small... but we are thanking God that we found her beloved Bunny! :)

We went back to check on the document after lunch... We thought it was ready when they told us to pay for it, but still... no. Finally, at 3, they called us and told us it was ready! We started the drive to our agency, Madison Adoption Associates, in Delaware right after getting settled in the car and organizing the whole dossier (which was all done- just had to add the last form to it!)

What should've been a 2 hour drive ended up being closer to 4, despite making sure to leave BEFORE rush hour... yep, didn't matter. We finally got to the agency at 7. Yes, 7 PM, and our coordinator, Diana, was still there and waiting for us! Our agency is so AWESOME! Oh and did I mention that Diana just got back from a trip to China on FRIDAY?!?!? She checked over our whole dossier while we were there and said she'd send us the tracking number the next day! We were in for another treat, because her kids were upstairs with their grandparents, so we were able to meet Diana's Charlie... Charlie is the exact same age as our Charlie (they both turn 4 in January!) and it was so special to meet him because in a sense, he is the reason that we are waiting for OUR Charlie! You see, Diana gave our little guy the name "Charlie" because his little referral reminded her so much of her Charlie! Well, as most of you know, the reason we found our guy is because of his name! So it was fun to meet the little guy who are Charlie was named after... and found his family because of :)

After all of that, we grabbed a bite to eat and started our 9 hour drive home... So it was a short and busy trip, but we had fun visiting with realatives, showing Washing*ton DC to AnnaClaire, meeting Diana and Charlie, and mainly, we accomplished the goal and are FINALLY DTC :)
Posted by Emily at 4:44 PM

What a wonderful mini trip!! So glad AC got her bunny back! The dear Lord knew it was something she needed- no matter what condition it was in!!

Just think if we were in charge of these adoption instead of the governments how quickly they would go! I applaud you family's efforts to bring sweet Charlie home!! Good job!! Way to have fun in the process!

And about the bunny, YES God definitely was watching out for him. I totally believe that. He cares, yes He does!