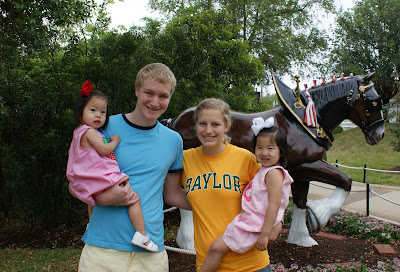 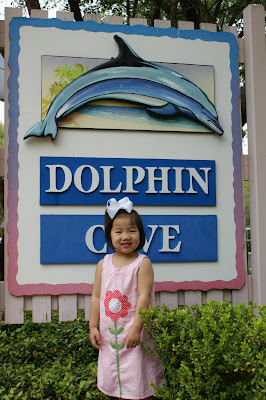 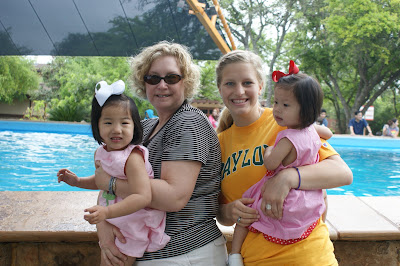 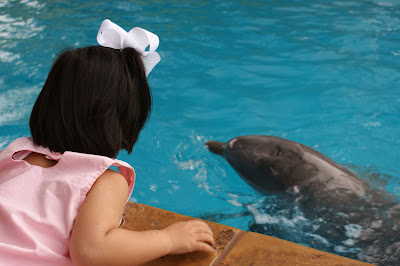 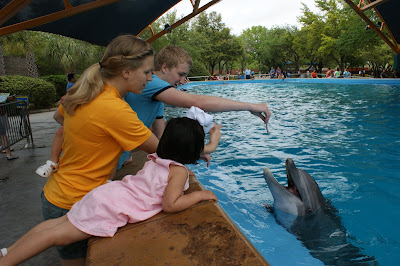 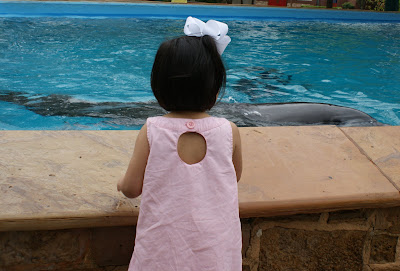 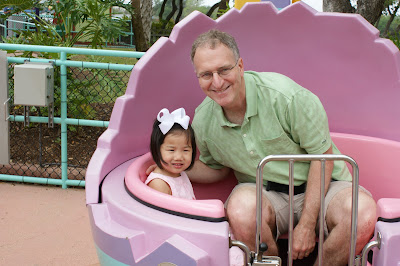 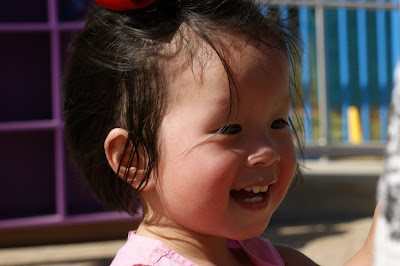 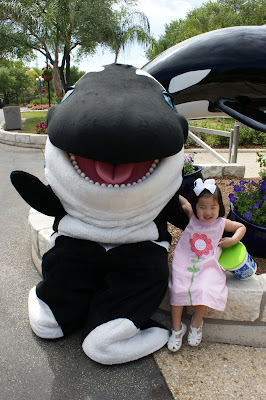 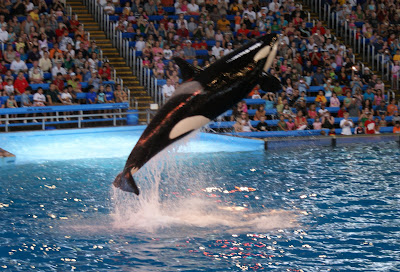 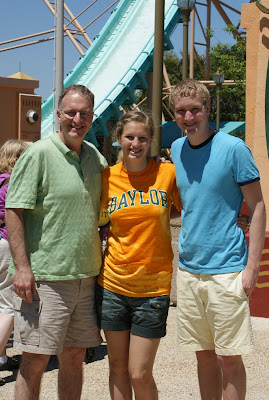 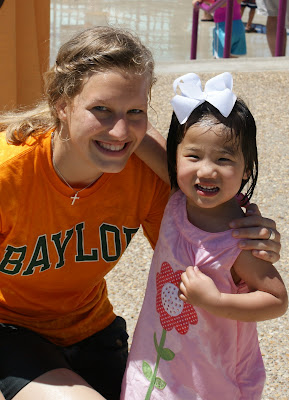 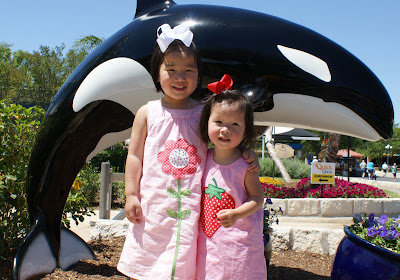 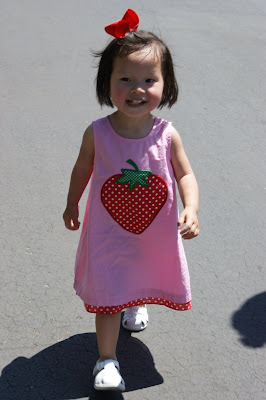 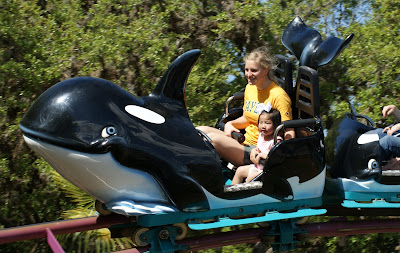 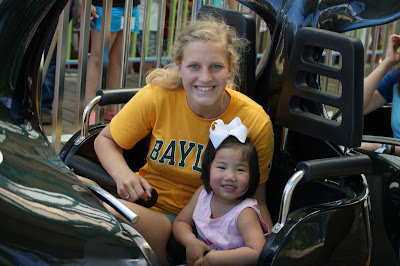 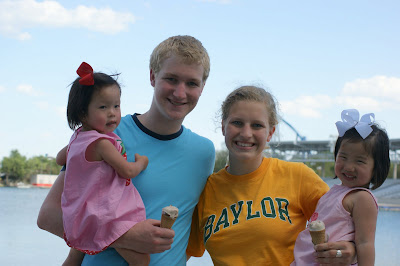 The high for Thursday was 98, but we ended up having a beautiful morning which became a warm, but not unbearably hot, day. We spent our entire day at Sea*World and had such an awesome time! We debated going, but are so glad that we were able to! We started the morning at the Dolphin Cove feeding the dolphins. We all had so much fun doing that and were also able to pet the dolphins. AnnaClaire was even picking up the fish and throwing them in to the dolphins... what a brave girl :). Kate didn't want to get too close to the dolphins, but thought they were pretty funny! Then it was off to the coasters! Not only were there bigger rollar coasters for Will, me, and Dad, but there were also some kiddie ones which AnnaClaire had a BLAST on. She was a different child from the fearful little one we brought to the carnival at the shore last year! She rode the "big" rollar coaster twice! Once with Mommy and once with Sissy. According to her it was, "WEALLY, WEALLY SAST!" Kate liked just watching, which was good because she was too little to go on the rides. She is sooo teeny! We got to see Sha*mu which was so fun. Kate was SO intrigued. We all really enjoyed that show, as well as an acrobat show with dolphins and human acrobats and a sea lion show. There was also a little Sea*same Street show that both little girls had so much fun at! They were both dancing along and just having the best time! There was a water ride which had a very long line, but was sooo refreshing once it had gotten warmer out. We got soaked but it felt so good! There was a splash zone, too, so even though AC couldn't ride that one, she did enjoy getting wet from it! We saw the sharks, fish, alligators, horses, flamingos, had an ice cream snack and called it a day, right as the park was closing! We had such an awesome day and the girlies were WIPED out. They were both asleep within seconds of being put in their car seats to go back to the hotel! I definitely recommend Sea*World to anyone :) I know we had a really fun day there!
Posted by Emily at 10:05 PM